In 2019, Thomas Reuters reported on the increase in the number of clients requesting gender-neutral documents on their employment and discrimination blog. Using masculine language to refer to people, regardless of their gender identity, reinforces historic gender stereotypes. As issues of equality and inclusion become more important within the profession and wider society, lawyers need to adopt a gender-neutral style of drafting. 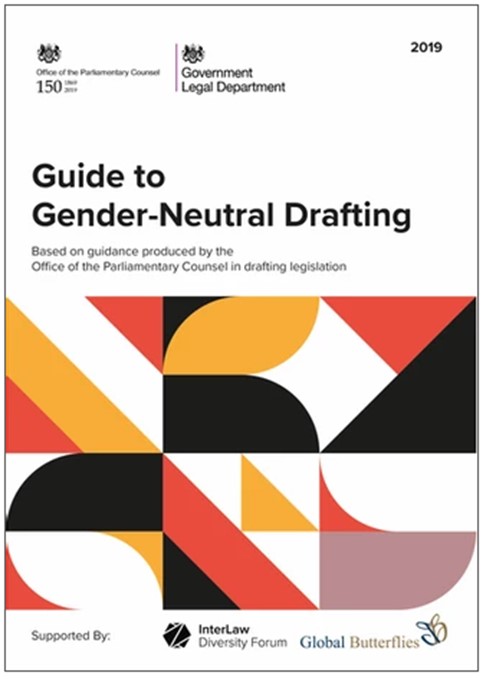 At the end of 2019, the Guide to Gender-Neutral Drafting  was published giving advice on drafting legal documents that are both legally effective and gender neutral. The publication was written by the Office of the Parliamentary Counsel and the Government Legal Department and is supported by the Interlaw Diversity Forum and Global Butterflies.

Traditionally, when drafting legal documents, it was common practice to use masculine pronouns (he/him) to refer to people. In 1850 an Act for “shortening the Language used in Acts of Parliament” regardless of their gender was passed, but in 2007 the practice for legislation was changed and it is now government policy to write all legislation in a gender-neutral language to promote inclusion and equality.

How to avoid gender-specific pronouns when drafting legal documents

Click here for more legal writing tips and resources for improving diversity, equality and inclusion in your legal content writing.