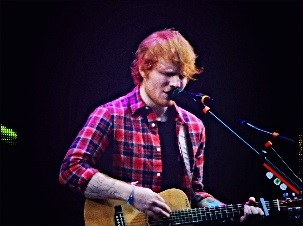 You could hardly go into a public place over the summer without hearing Ed Sheeran on the airwaves. He is one of the most successful musicians ever – once holding nine spots in the top 10 singles chart, a claim that few other musicians can match. Aged just 26 and, as Kirsty Young kept repeating on Desert Island Discs, he has not done badly as ‘a pasty ginger bloke in a scruffy T-shirt’.

His success is astounding, and as I listened to the podcast I was struck by his tenacity and how his business-like way of promoting himself has played no small part in his success.

Anyone starting a new law firm or starting out on their legal career could take several lessons from Ed Sheeran’s approach:

Clear objective:  Ed was inspired by watching Eric Clapton play Layla at the 2002 Golden Jubilee and announced to his family 'I want to be a musician. I want to play guitar.’  From that day on he focused on that single objective and was not distracted by others or discouraged.

Don’t worry about getting it right first time:  A lawyer’s drive for perfection often acts as a brake on activity but, when he is in song-writing mode, Ed just pumps out songs knowing that only ‘twelve out of a hundred might be good’ – but that is all he needs for an album.

Deal with weaknesses:  Identifying any (individual or firm-wide) weaknesses in a SWOT analysis will not make those weaknesses go away – some action must be taken.  As a child Ed suffered with a persistent stutter, but as he rapped along to Eminem’s The Marshall Mathers LP at a fast pace he was able to chase his stammer away.

Don’t be put off by rejection:  Ed’s early encounters with British music labels were not encouraging, but he was not to be dissuaded from his objective – there must be several A&R managers cursing the day they sent him packing!

Find another market:  If your business is not growing in one area, could you look to a new market? Following rejection in the UK, Ed headed to LA where he was able to build up a following.

Go where you will be noticed:  Too often lawyers spend most of their time networking with other lawyers, and if you are just one of many at an event then it will be hard to stand out.  Ed Sheeran found this when performing at singer-songwriter gigs alongside similar artists.  So, he stepped out of his comfort zone and started performing at grime and hip-hop events where he was the only musician performing his sort of music.

Do not be deterred:  The legal profession can be resistant to change, and fresh ideas often struggle to get support.  Ed had a hard time with critics who slated his debut album.  Meanwhile the album sold 102,000 copies in its first week, and the rest is history.

Ed commented that he liked the fact that his music took on a life of its own once it became public, and he loved the fact that it might be the backdrop to a couple’s first kiss or the first dance at a wedding.

Who knows, it might even inspire some lawyer or law firm founder to pursue and achieve their dreams.

You can also read the article on the Legal Futures website.