With the new law which introduces no-fault divorce comes a new set of jargon for family lawyers (and their marketing teams) and which will apply to divorces initiated on or after 6 April 2022.

The person who applies for the divorce will be an applicant, for example, rather than a petitioner. ‘Decrees’ become ‘orders’ and the Latin word ‘nisi’ – ‘unless’ – is replaced by the English ‘conditional’. The last court order, and the one that actually dissolves the marriage, will be known as a ‘final order’, rather than a ‘decree absolute’.

Unfortunately, both sets of terminology will be with us for a while as the old language will still be used for divorce proceedings commenced before 6 April.

Language is always changing, so it is important that the words used in law should reflect this – as long as they retain the clarity of meaning, of course.

It reminds me of the time when lasting powers of attorney were introduced while many people still had (and some still have) an enduring power of attorney.  Old language doesn’t just get forgotten about, especially among people who are not involved with the law on a daily basis.

Lawyers cannot and should not expect clients to know the latest jargon and should be careful not to make clients feel ‘in the wrong’ for using an outdated term.  For example, some family lawyers frown at the use of the word ‘custody’, especially in the media, but it is well understood in broad terms by the public even if it does not encompass the many aspects of ‘child arrangement orders’.

It is important to ensure that their websites and marketing materials are using the most up-to-date terms and doing so consistently. It might also be helpful to create a glossary for clients which can be updated regularly to reflect evolutions and changes like this.

Marketing managers will need to check the following to see if any change of language is needed: 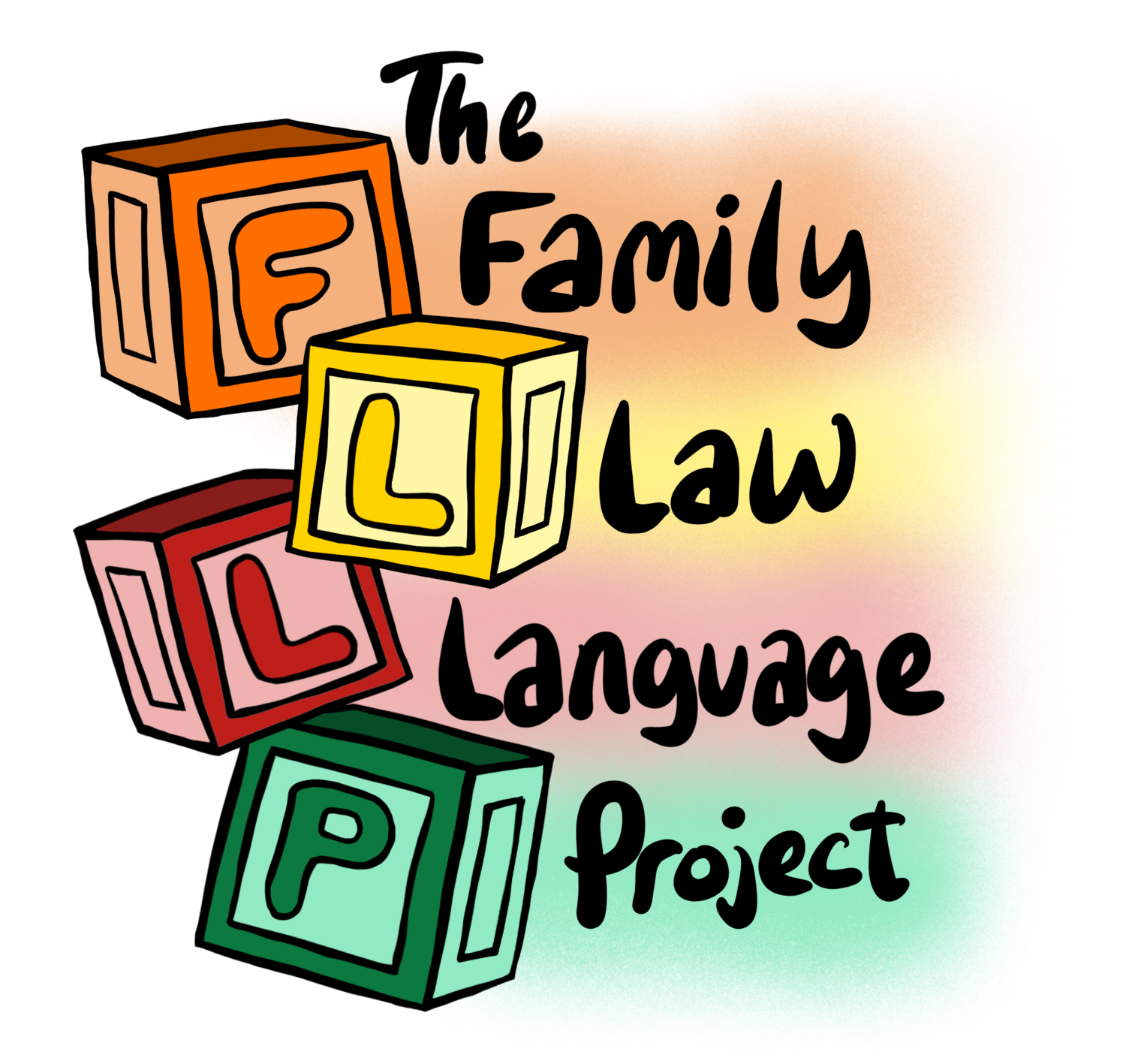 I was interested to hear about a new initiative, the Family Law Language Project, which was started last year by Emma Nash. It aims to raise awareness about the power that language plays in family law situations, and how the right words can make the family justice system more understandable and accessible.

The project’s website includes some interesting asides about the language used in law and the ways in which terms can change to relate to everyday usage: for example this article, by Sarah Harding of Hodge Jones and Allen, which explains ‘co-parenting’. Sarah points out that, although the term is often used by lawyers and judges, it is rarely used by parents.

It will be interesting to see how long it takes for the old language of divorce to fade out of public consciousness. We’ll certainly be watching the next series of The Split to see if the scriptwriters were in the know!